Hercules (Iraklis) Millas was brought up in Turkey and presently lives in Greece. He has a Ph.D. degree in political science (1998) and a B.Sc. in civil engineering (1965). He worked as a civil engineer in Turkey, Greece, Indonesia, Saudi Arabia (1968-1985) and since 1985 he has focused on cultural activities. He published various books and articles, mostly on interethnic perceptions. He established the Greek literature department at Ankara University (1990-1995), he taught Turkish language and literature at various universities in Greece (1999-2008) and Greek-Turkish relations with respect to literary criticism and conflict resolution at Işık and Bilgi Universities of Istanbul (2009-2010).

He participated in a project to assist minority youth in matters of education in Western Thrace, Greece (2005-2013). Together with N. Dinç he prepared a documentary, The Other Town, on how Greeks and Turks perceive each other. He participated in various conferences related to the above topics in more than fifteen countries. He has been a columnist in the Zaman (Istanbul) for the last twelve years. He received the ‘Abdi Ipekçi Peace Award’ in 1992, the ‘Dido Sotiriou’ award of the Hellenic Authors’
Society in 2004 and the award of Free Thinking and Expression of Publishers’ Association of Turkey in 2005.

Some of his books are: The Images of Greeks and Turks; Textbooks, Historiography, Literature and National Stereotypes (in Greek), 2001; Do’s and Don’ts for Better Greek-Turkish Relations, 2002; The Greeks from Past to Present, (in Turkish), 2003. The ‘Other’ and Identity in Turkish and Greek Novels (in Turkish), 2005; Catalog of Common Greek and Turkish words, expressions and proverbs, (in Greek), 2008; Türkçe Kitabımız (Textbook for the Minority of Western Thrace, edit., 2008; The So Called Innocent Nationalism, (in Turkish) edit., 2010.

Sepeti görüntüle “Nations and Identities: The Case of Greeks and Turks” sepetinize eklendi. 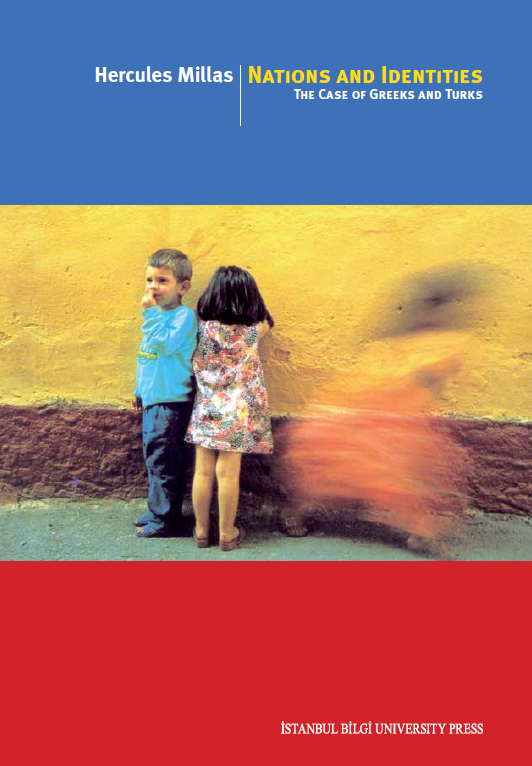 Nations and Identities: The Case of Greeks and Turks

The Greeks, the Turks and their historiographies, textbooks and literary texts are studied as a case to show how ethnic images, perceptions and prejudices of the Other… Detay