Salih Özbaran was born in 1940 in Turgutlu, Turkey. After graduating from the History Department of İstanbul University in 1963, he received his Ph.D in history at London University. He went on to teach at the universities of İstanbul, Ege (İzmir), Dokuzeylül (İzmir) and Cambridge. Ottoman southern expansion, the problems of history teaching and historiography have been the main areas of his interest. Apart from his numerous articles, his books include the following: The Ottoman Response to European Expansion (1994); History, Historian and Society (in Turkish, 1997); From Yemen to Basra: An Ottoman Frontier (in Turkish, 2004); and An Ottoman Identity (in Turkish, 2004). Since retiring in 1998 he has continued to live in İzmir where he pursues his historical research. 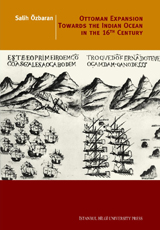 Ottoman Expansion Towards The Indian Ocean in The 16th Century

With its conquest of the Arab lands in the 16th century, the Ottoman Empire (1300–1923) came to control some of the major entrepots of the… Detay