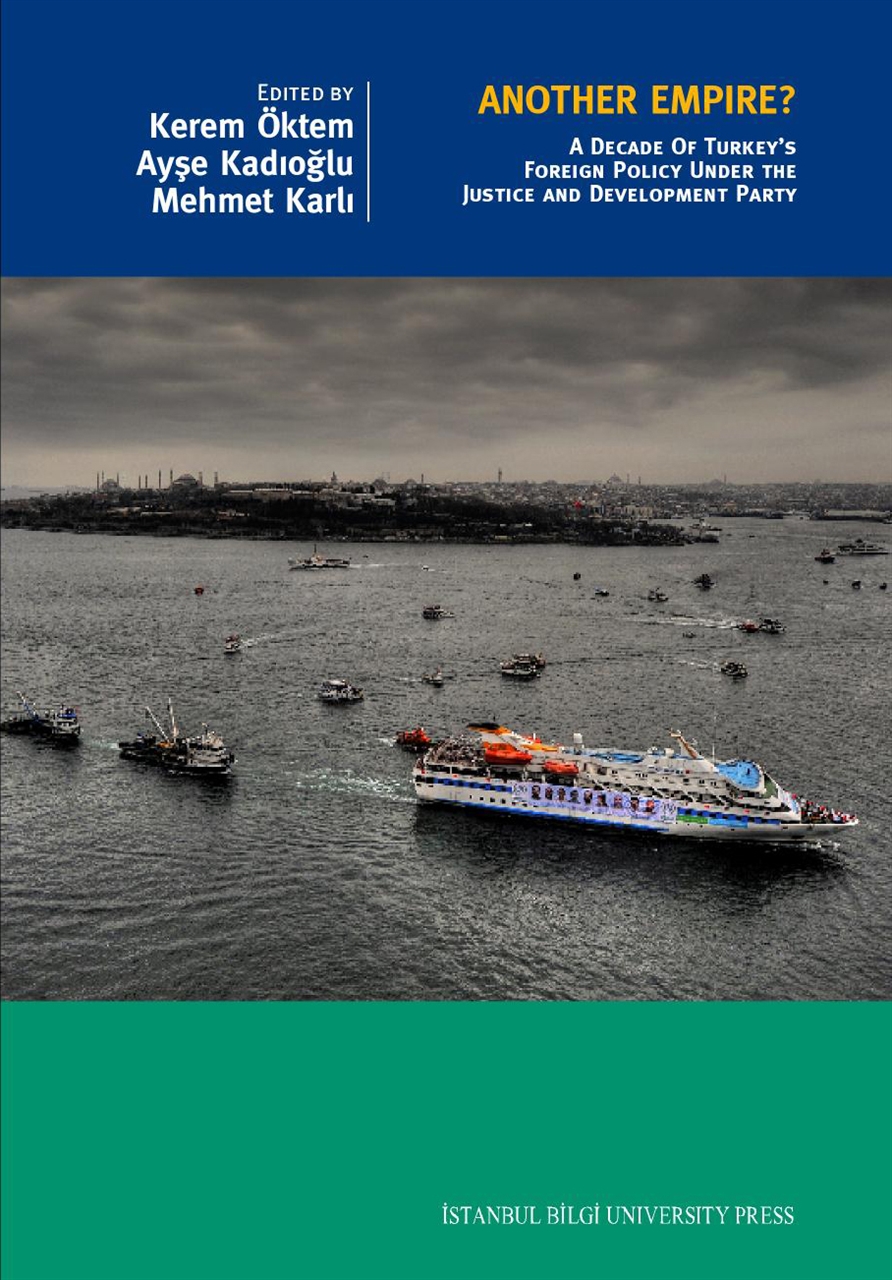 Are Turkey’s new hegemons, the conservative elites of the Justice and Development Party and their allies, following a ‘neo-Ottoman’ foreign policy geared at recreating the Empire? Is Turkey steering away from the “West” and into the troubled waters of Middle Eastern conflict politics? How seriously do we need to take the allegations of Turkey’s “change of axis”? And what does this mean for Turkey’s neighbors in the West and East? The authors of Another Empire? address these burning questions from different conceptual and political points of departure. Their answers are varied, but they agree on one thing: There is certainly no reason to panic, and no “change of axis”, even though there is a need for a critical discussion. Another Empire is a comprehensive and timely exploration of Turkey’s foreign policy and changing place in the world. Focusing on the decade of Justice and Development Party (JDP) rule from 2002 to 2012, this collection of essays seeks to explain the domestic foundations of Turkey’s international relations and relations with the United States and the European Union.

The Editors and The Eauthors
Acknowledgements
Preface: A Proactive Policy with Many hunches on the Back - Baskın Oran
Introduction - Kerem Öktem - Ayşe Kadıoğlu
The Chapters

CHAPTER TWO The Western Alliance and Turkey’s Southeast European Neighbourhood
The United States and Turkey in a Changing World - Joshua W. Walker
The Context of the American Republic and the Turkish Republic
The U.S.-Turkey Partnership in the Cold War
Post Cold War
Changes in Ankara
A Model Partnership for the 21st Century?
Problems in Washington
Points of Divergence for the U.S. and Turkey
Opportunities for Convergence for the U.S. and Turkey
Conclusion
What went Wrong in the Turkey-EU Relationship? - Nilgün Arısan Eralp - Atila Eralp
Changing Context of European Integration and Enlargement Policy
The Cyprus Factor
The State of Accession Negotations
Negative Turn in Turkey
Prospects of the Relationship
Turkey’s Assertive Presence in Southeast Europe: Between Identity Politics and Elite Pragmatism - Othon Anastasakis
The Historical Approach: The Ottoman Legacy
The Cultural Approach: Muslim Solidarity
Economic Approach: The Rise of a Business Culture
The Pragmatic Approach: The Balkan “Windof of Opportunity”
Concluding Remarks
A Very Long Engagement: Turkey in the Balkans - Dimitar Bechev
Dealing with Uncertainty: Turkey and the Balkans in the 1990s
The Helsinki Moment
The Balkans in Turkey’s Emerging Neighborhood Policy
Regional Diplomacy
Trade and Investment
Popular Cultura and Tourism
Conclusion

The Post-Modern Abyss and the New Politics of Islam: Essays in Honor of Şerif Mardin